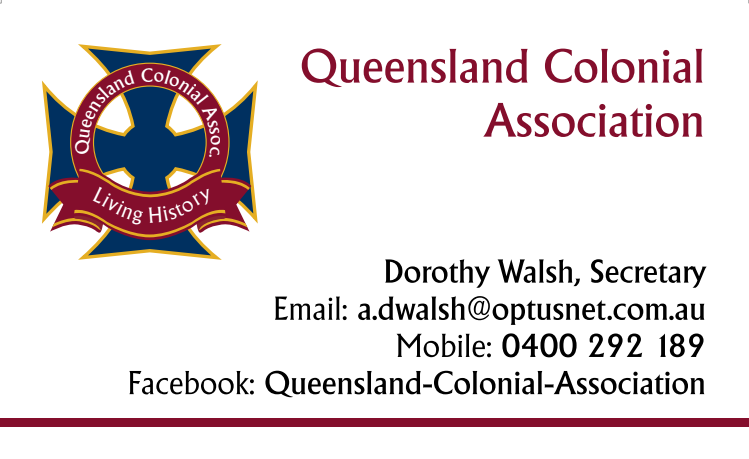 The Queensland Colonial Association was founded in April 1985.with the intent to create interest in the history of Queensland, through re-enactments of actual events and portrayals of the colonial era.

Throughout the years we have continued to educate the public about life in Queensland between the 1800 and 1900.

This dovetails well with our membership which is made up of families and individuals who are passionate about living the stories of the past. We support our members by providing costumes as part of our membership costs.

Specific times that we portray are:

The Fortieth Regiment of Foot, convicts, families and passengers of the Amity who landed in Redcliffe in 1824 becoming the first European settlers in the state of Queensland. The regiment portray drill, firing and guarding techniques. Both convicts and soldiers speak to the public about their clothing and fire- arms. The soldier’s and convicts take part with their women folk in parades, ceremonials and interactions with the public

The Brisbane Garrison Battery. A volunteer artillery battery was raised to to crew the 64 pounder RML cannons based at Fort Lytton. The BGB carry out gun drill and ceremonial drill as set down by Military orders. The Battery members interact with the public explaining their role at Fort Lytton and their responsibilities as a gun crew member. The women folk provide a supporting role by displaying the clothing worn at the time, provide commentary, and engage in womanly pursuits.

During the years the QCA has participated in many important events staged in and around the Brisbane area. They accept invitations from Historic homes, schools, the RNA and individual corporations.