Japanese and Traditional Horse and Bow 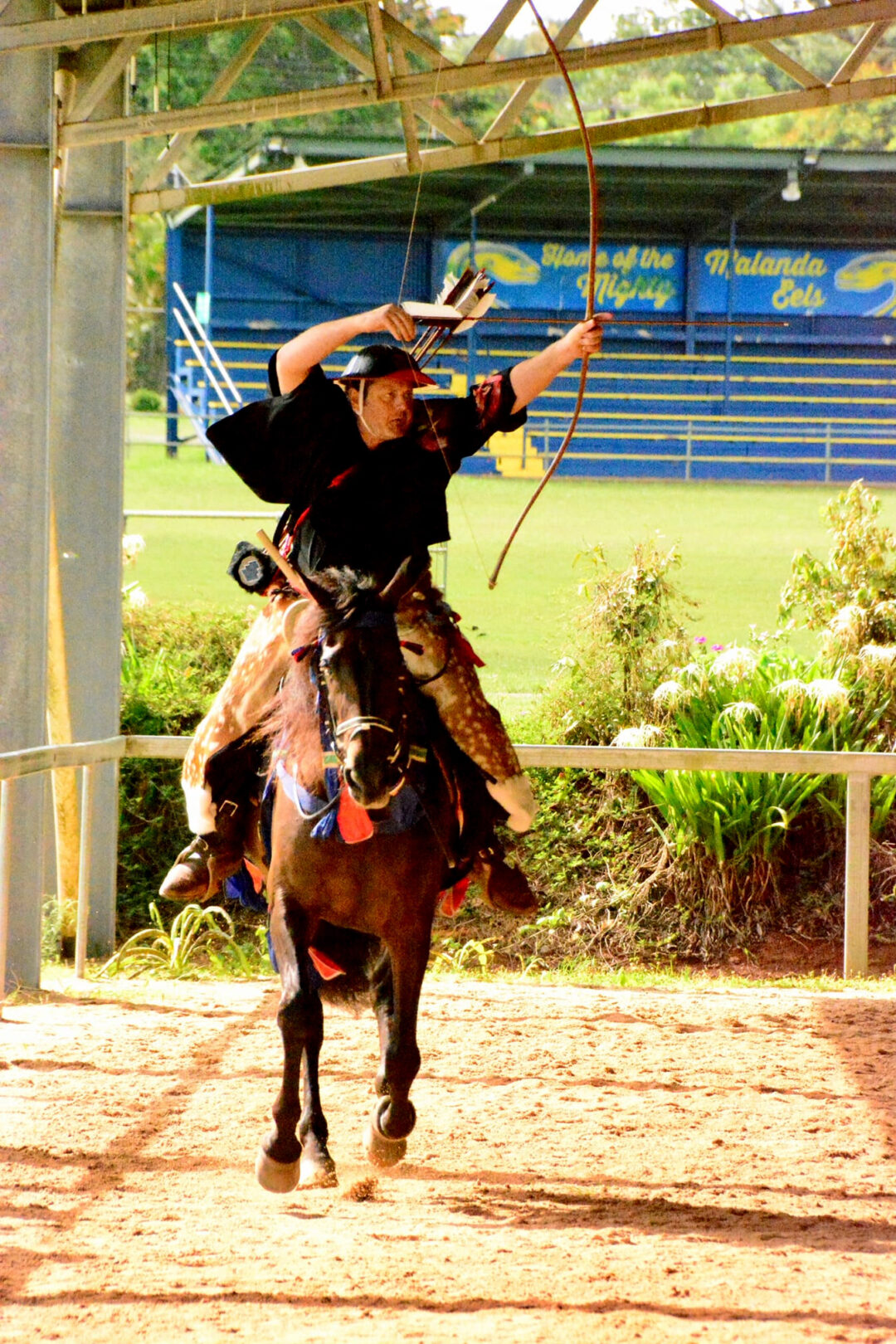 The group, JAPANESE AND TRADITIONAL HORSE AND BOW, is focused on the practice and preservation of all traditionally based Horse and Field Archery, with an emphasis on YABUSAME, a Japanese Samurai ritual involving participants to shoot at 3 targets from horseback in order to bring happiness and prosperity, and show deference to the gods. Riders wear traditional samurai hunting attire of the Kamakura period [1185–1333]. I began Yabusame in 2007 while living in Aomori, northern Japan, and I am pleased and excited to bring this form to Australia. I belong to a school, TACHIBANA RYU, which is based in Fukuoka. I have 1 practicing student, a few keen but unable to participate due to Corona restrictions on travel, and as mentioned, we are open to all forms of traditional horse and field archery!

I have been teaching and promoting standard [shortbow] horse archery for 2 years, and it has grown in popularity so much so that a club has been formed in the area, and I can now focus on my form, YABUSAME. I am happy to be part of QLHF, and the opportunity it has provided for this club to begin. We will hold regular tournaments, in conjunction with a local Medieval group, and hope to be able to provide an international event in the future.